ATTN: contest winners- your prize packages are almost completely put together and will be mailed out on friday morning September 21!

Well here's what I had picked for this past weeks NFL picks:

Now here's the BIG KAHUNAS picks for week 3 of the NFL: 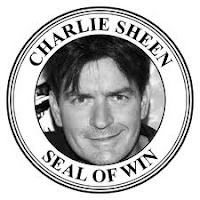 Those are my picks and that's what I'm sticking with!

On a side note, I wrote a poem to Roger Goodell about the replacement refs and it went something like this:

The happiest time of the week for me
is when the NFL would play on sundays,
But the refs threw the flag on the season
because for them it's all about the money.

Replacement refs are calling ghostly penalities
and giving one of the teams an extra "TIME OUT",
Now they're calling an incomplete pass a fumble
and letting Jake Locker's shoulder pop out and about.

Players are having their helmets removed via foot job
and then they get smacked with a penalty for removing it,
Letting the clock run when it should've been stopped
and not knowing how to spot a yard instead of an inch you idiot.

The refs should be so lucky they have survived
and week three is coming around the bend,
One ref was busted for being a proud Saints fan
So the NFL tossed his ass to the curb end over end.

The replacement refs know they hold some power
to determine the outcome and cover all of the bets,
We'll pull some strings and make a sick wad of cash
and how Tim Tebow will never quarterback for the Jets.

We'll let the horse collar tackle slide this time
and turn a blind eye to the QB getting illegally hit,
We'll screw up a few calls when the defense looks too good
and then call out some infractions that were not legit.

One ref says, " hey McCool you need 4 more yards"
because in my fantasy league I chose you in the draft,
For every first down and closer to 100 yards you get
that's more money for me while the others get the shaft.

Things I use and abuse