"Cool Oldie of the Week" 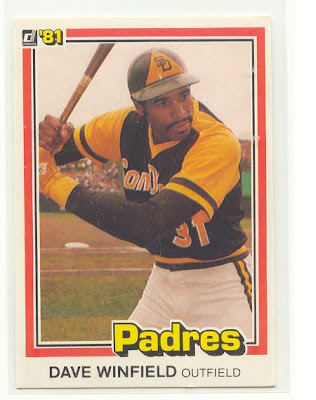 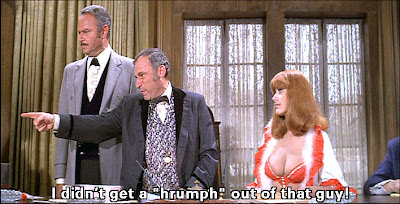 Fore score and thirty days ago the last post was made on here. It was done with the warmest of intentions and done with the thought of others in mind wishing them to have a safe and happy holiday. Since that time life for me had changed a little bit. I did not have the freedom of "free time" because my work was bogging me down with long hours and was stealing any free minutes I may have had to "blog". Then my hours changed again upon the completion of my multiple tasks thus leaving me feel very unenergetic and annoyed. So the ol' hitching post here on "E.A." was left go for a while as I began the recovery process to a better mental health awareness (like that's gonna happen). While I did manage to check out some blogs, I also wanted to take a minute and comment on some articles that seem to be a never ending battle in our hobby world.

After sitting back and seeing what has unfolded in digressing hobby news and with what TOPPS and UPPER DECK have begun to unfold from their plates have left me feeling rather...numb. UPPER DECK is in court again and admitting to more wrong doing. The Upper Deck Company imported 611,000 unauthentic Yu-Gi-Oh! TCG cards and is being sued by Konami. Discovery in the lawsuit revealed that employees of the Upper Deck Company, including its Chairman, Richard McWilliam, participated in a 2008 meeting in Mr. McWilliam's office, where they discussed that the cards made without authorization by Upper Deck did not look authentic enough, and where Upper Deck's chairman then shredded samples of the counterfeit cards. Jan 26th is the court date to determine what damages should be awarded and how much it will cost. Another potential problem is UPPER DECK is not releasing photos of their 2010 cards probably because... (using Richards voice- psst hey Topps: WE HAVE GUYS IN MLB UNIFORMS-HA!).

TOPPS is now again issuing patch cards that are NOT GAME USED and have failed to listen to the hobby plebs who ask them to stop making them for the sake of humanity. What is it with TOPPS and their COA on the back of their cards? Is TOPPS telling you that the 09 Tribute Babe Ruth bat card is not really a bat card but instead a seat card that was used by some baseball fan who had some pretty lethal beer farts unleashed into the wood from his sphincter? Then TOPPS gets this bright idea to release a National Chicle Baseball set and the designs looks like someone turned it into a version of "Garbage Pail Kids play baseball". Does Topps even try to make good card designs anymore? Look at this item: Ebay Item #350302731147 . Three patches and one wood? Why not all patches?

Here are some other notable complaints:

1. Sell Sheets- false advertising
2. Redemptions- all companies are guilty!
3. Coalition
4. Customer Service
5. Quality/Quantity
6. Redemptions that are out of stock and replaced with a bat boy's jersey card when your redemption was for three autographs limited to 10. This is done simply because the redemption has been referred to as "BECKETT's BOOK VALUE" according to the fine folks at customer service.
7. Brett Favre: Will he or won't he?
8. Peterson fumbling
9. Tim Tebow....Sorry but NO ONE is that innocent.
10. Lane Kiffin

More and more fakes are showing up on EBAY like it was nickel night in the Texas whore house. For example we have morons like this (http://www.sportscardsuncensored.com/2010/01/kevin-burge-threatens-legal-action.html) who know are getting squeezed for their wrongdoings and want us to back off. Excuse me but if you're doing something wrong and we have proof that your doing something wrong don't you think your gonna get busted sooner or later? KEVIN BURGE you have been identified and you know damn well what you're doing is wrong. It is our American/Canadian right to support our brothers and sisters in the hobby to watch out for people like you who seem to mislead the public in "what you're selling". It's people like you whom I've had the pleasure of busting personally for fraudulent items on more than a few occasions in the hobby business. Since EBAY has had scammers popping up quicker than a prom dress flying off on the night of the prom, do yourself a favor and educate yourself on what is legit and what isn't legit. If you don't know then ask a fellow hobby member from such forums/blogs as:

http://sportscardinfo.wordpress.com/ ask Andrew
http://www.sportscardsuncensored.com/ ask Gellman
http://waxaholic.blogspot.com/ ask Brian
http://www.freedomcardboard.com/ ask Chris
Heck ask me as I am a bit of an expert!


Things I use and abuse