That wraps it up on how I see the teams will fair this season. Hopefully there will be some surprises this year so who really knows how things will turn out. I do see some bright spots as I look for Pittsburgh and Arizona to make some serious improvements this year and could have the potential to make some noise. It's also possible that we could see Atlanta take back the NL East crown from Philadelphia. Will the Red Sox choke? Will Jeter and Rodriguez finally have their marriage? Will Clemens come clean this year like McGwire did? Will Pittsburgh break 3,500 in attendance for one game? Will the Mets blow another 13 game lead? Will Adam Lind continue his hot streak and game improvements? Let the 2010 season begin and we shall see!

On a side note:
I found it rather amusing that everyone thought Matt Laporta was GOD and there was a lot of those goobers on the message boards that swear he was the NEXT BIG THING! Well let me ask you guys, "how did that turn out"? However it looks like the crown has been passed to Jason Heyward who is supposed to be an "Outfield Albert Pujols". I guess only time will tell.
Posted by The Big Kahuna at 3/30/2010 06:20:00 AM 1 comment:

The KINGS of PHOTOSHOP !!! 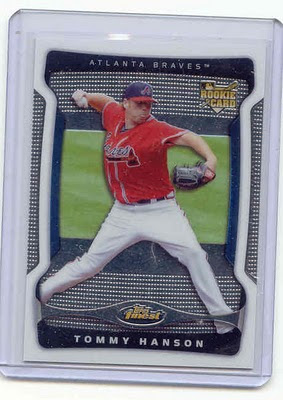 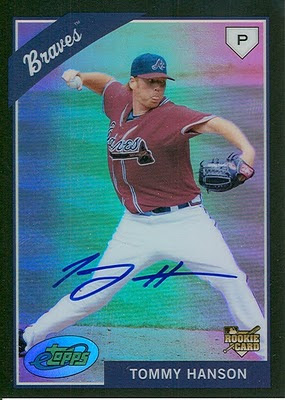 Now what are the odds that the same picture is used. Even the grass is the same. Nice to see Topps recycling the same pic over and over and over. This is what I mean by no creativeness in their action photography. Just use the same picture and slap a different border on it and then call it a masterpiece of perfection and talk about how unique these cards are to collect. If you really wanted it to be so different I would've at least used a different action photo for the Ecard. But that would mean someone at the TOPPS design team would have to think and heaven forbid that happening. Hey if TOPPS wants to be the leader and wants to have exclusivity then they need to quit using the same photo's over and over and over.
Posted by The Big Kahuna at 3/18/2010 09:56:00 PM No comments:

We being the Great Karnack of sound, mind, and body, would like to make some bold predictions for the upcoming 2010 baseball season. Do not take my thoughts and use them as your own to place bets or call your bookie with da info unless your drunk and it's 3am and you are in a strange bed with wet soiled pants on.

Every night for the next few nights we'll give our opinion of a division and what their final record might be and the team MVP:

Time for another edition of my whining, random thoughts and useless office entertainment. Strap yourself in and leave it all hang out:

1.Derek Anderson was released by the Cleveland Browns today. His thoughts on it were:

"The fans are ruthless and don't deserve a winner," Anderson said in the e-mail Tuesday. "I will never forget getting cheered when I was injured. I know at times I wasn't great. I hope and pray I'm playing when my team comes to town and [we] roll them."

I can see Derek getting slapped by some Browns for these comments. However Derek may have to find a team first to play for in order for that to happen.

2. Nomar Garciaparra, who spent most of his career with the Boston Red Sox, signed a one-day minor league contract with Boston on Wednesday, then retired, bringing to a close a 14-year career. Moments later it was announced that he's joining ESPN as a commentator.

My hats off to Nomar as he was a genuine class act for any team that he played on. Life is good for him: Played as a Boston Red Sox successfully, married a hot wife (Mia Hamm), and was a member of the 1992 Olympic Baseball team. Thanks for playing Nomar and enjoy the time with the wife and twins!

3. I'm ready for the new IRON MAN 2 movie. If you want to see the movie, "2012" then before watching it I suggest you take out your eyeballs first with some nearby tools or use a couple of New York City rats to help remove them. Then it will be safe to watch the movie. If you do choose to watch the movie with your eyes intact then please for the safety of your family and those around you....please have a bucket (suggested 5-10 gallon) nearby to collect your vomit because once you see the acting in this film.....BARF.....BARF.....oh man just the thought of watching this film again makes me wanna blow chunks. THE ONLY THING GOOD about this movie is the special effects.

My suggestions for some fun movies this week:

The Crazies, Law Abiding Citizen, "UP", or perhaps one of the many movies I made with your Mom now available at your local college book shops and at OLLIES outlets where "good stuff is cheap".

5. Corey Haim.....May you find peace in the arms of the Angels. You are home now.

6. Not a fan of Torii Hunter anymore. Poor choice of wording on his part.

8. Marion Jones: I wish you all the best in the WNBA. Just play it clean! You served your time and we are a forgiving society but don't do it again.

9. Lenny Dykstra..... From the top of the tree to the bottom of the barrel. Now he 's being sued by his former estate manager/personal assistant who is seeking damages for an incident last May for when Lenny put two hands on her bags and tried to steal "2nd base".

10. I'm really starting to enjoy Caprica on the SyFy channel. It's not quite as good as BSG but seems to be a good fill in for laying out the origins of BSG.

11. Well, it looks like I am building a TOPPS Platinum football set for the kids since my son and daughter had asked if we could try to put one together. Now I just have to find some boxes of 09 Topps Platinum for some decent prices.

12. I say if "Big Ben" Roethlisberger keeps on getting into trouble then perhaps they could draft Tim "the Messiah" Tebow to be a guiding leader for Ben.....HAHAHAHAHA! 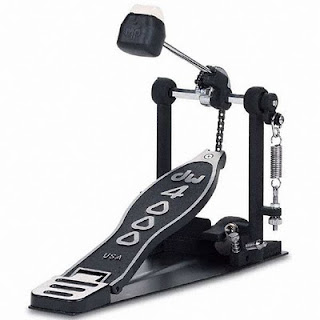 Wow....I have surpassed 4,000 hits. I am really amazed at that cause I figured by now I'd have like 20 or 30 views at the most. So in honor of this achievement here is a picture of something with 4000 on it (and no I don't endorse DW products cause I am a TAMA lover...besides iron cobras are much better...and yes I'll stir up the bee's nest with that comment). 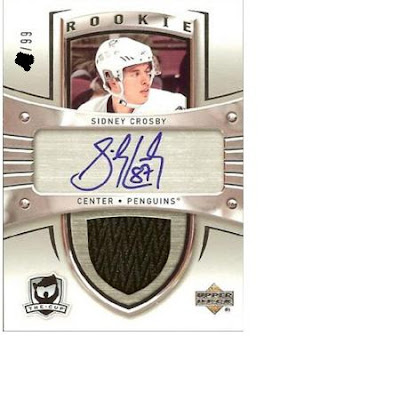 Sidney Crosby took the time to sign his name so that it's presentable, legible, and even added his jersey number which looks crisp and clean. It is truly a wonderful and clear signature and so far he has maintained the same signature throughout his career thus far. This Gold Medal/Stanley Cup winner gets the "5 SHARPIES" award.


Things I use and abuse